Looking to sell a watch? Select how:

Over 1,500 successful private sellers each month.

Become a Chrono24 dealer
Free Appraisal
What is your watch worth?
Home Magazine Top 10 Watches The Magic of Skeleton Watches

The Magic of Skeleton Watches 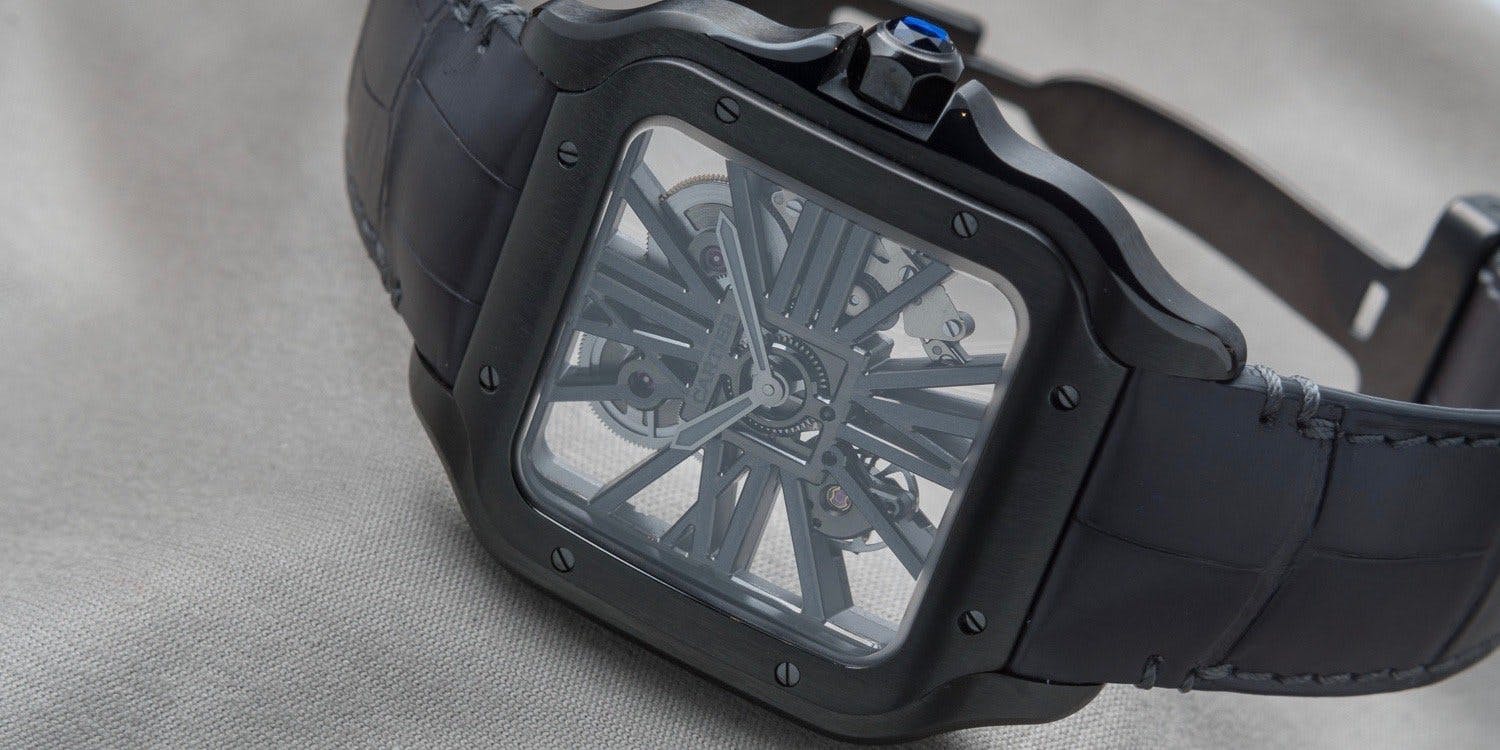 Falling in love with a watch isn’t all that dissimilar from falling in love with a person. Some people focus on looks, while others care about what’s inside. In an ideal world, we would find both appealing. For watches, that means an attractive design paired with technical excellence. Just as human attraction often starts with the face, a watch’s beauty usually comes from its dial. However, what if we could remove the dial and look straight into the heart of the watch? As it turns out, we can! Many brands create so-called skeleton watches. So, do these timepieces forgo looks for inner character? Let’s find out.

In recent years, many big Swiss brands have started releasing more and more skeletonized watches. This is in reaction to consumers, who have demonstrated growing interest in watching the master craftsmanship that goes into their mechanical timepieces in action. Essentially, a skeleton watch lacks all or most of its dial, thus revealing the movement beneath. However, true skeletonization is so much more than just omitting a dial. It also entails stripping a movement down to its essentials. These movements are then often treated to intricate finishes and engravings. The final result is a masterful work of art. 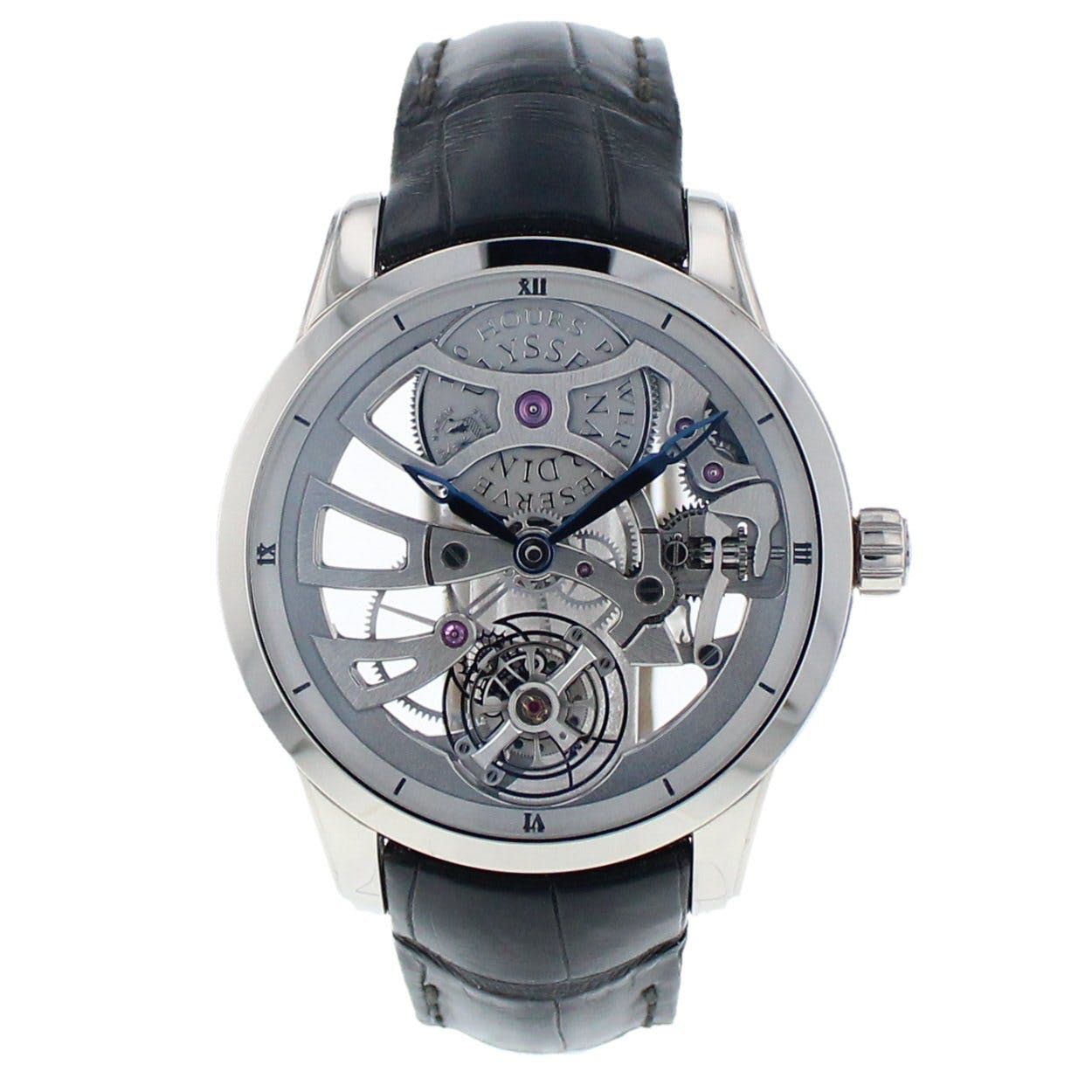 Skeleton watches are far from a new concept. They can trace their history back to 1760, when French master clock and watchmaker André Charles Caron decided to do without a dial so that his clients could behold the brilliance of his mechanical movements. What’s more, he found that he could make even thinner pocket watches by leaving out certain unnecessary components. Caron’s clientele consisted of 18th-century Parisian elite, so his skeleton watches were designed for a very exclusive group of customers.

After disappearing for nearly 175 years, Audemars Piguet introduced their own skeleton watch in 1934 and offered it to a much wider audience. Audemars Piguet saw the same potential as Caron, but in a much different context. Wristwatches had since overtaken pocket watches as the timekeeper of choice, so Audemars Piguet had a significantly smaller canvas to work with; however, this didn’t deter them. The Swiss company’s skeleton watches showcased their ability to craft amazing movements that were as beautiful as they were functional. While the skeleton watch found an audience in the first half of the 20th century, it would take a few more decades for it to make a real splash. 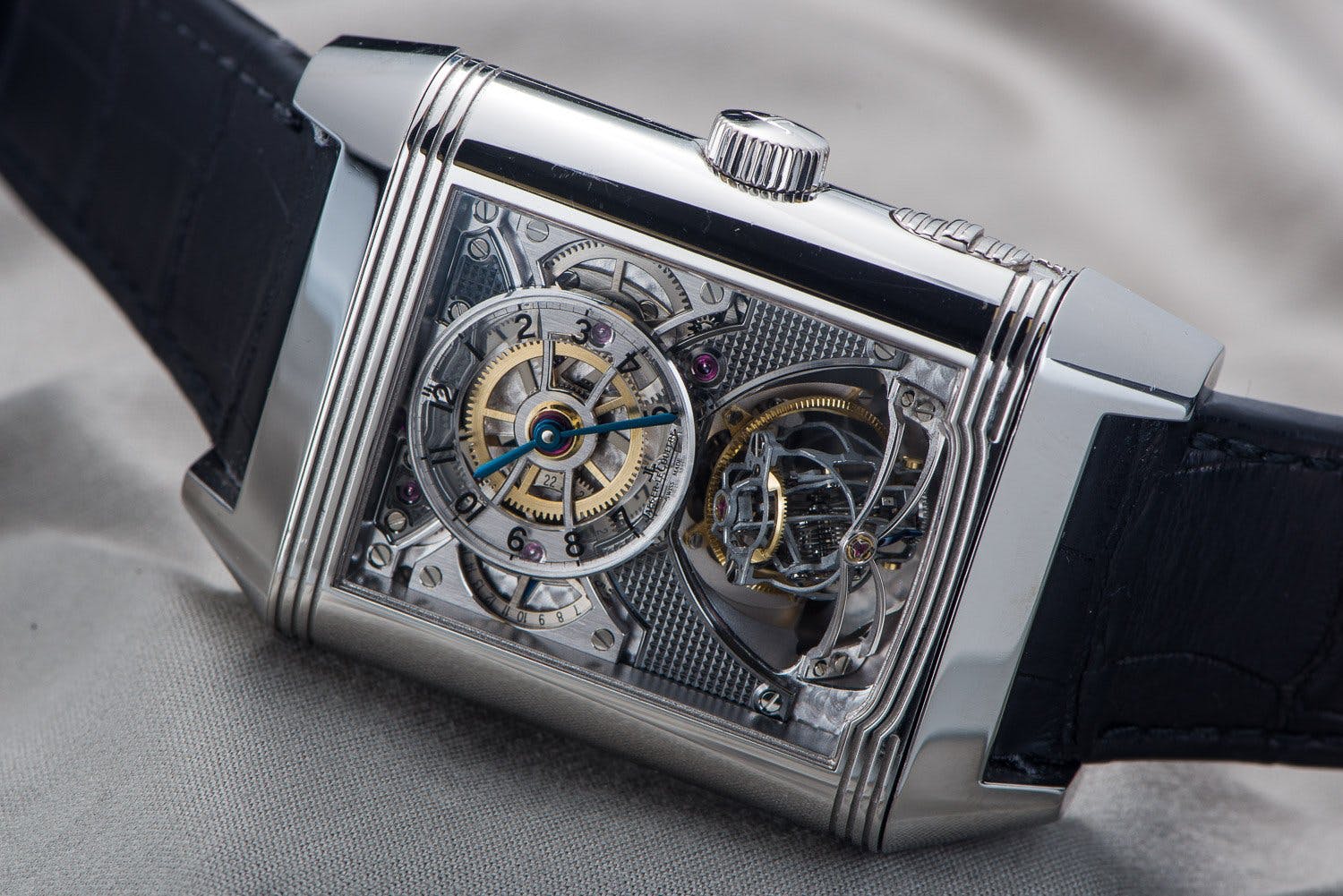 In the 1970s and 1980s, the Swiss watch industry was on the brink of collapse as a result of the quartz crisis. Swiss watch brands were being forced to justify their use of mechanical movements, which are much less accurate than their cheaper battery-powered counterparts. For some, the answer was creating skeleton watches that emphasized the technical marvel that is a handmade mechanical timepiece. Luckily, it worked, and high-end brands like Audemars Piguet, Jaeger Le-Coultre, Patek Philippe, and Vacheron Constantin have been producing such watches ever since.

Skeleton Watches as an Identity

Today, there are several watch brands that are creating stunning skeleton watches, including Cartier, Bvlgari, and Audemars Piguet. However, one brand that’s really taking things to the next level and truly embracing the skeleton watch as their identity is Richard Mille. This company is centered around a philosophy of “extreme engineering,” which means using state-of-the-art materials to craft the lightest possible timepieces. That’s also why their watches lack traditional dials, a trait that has come to define the brand. 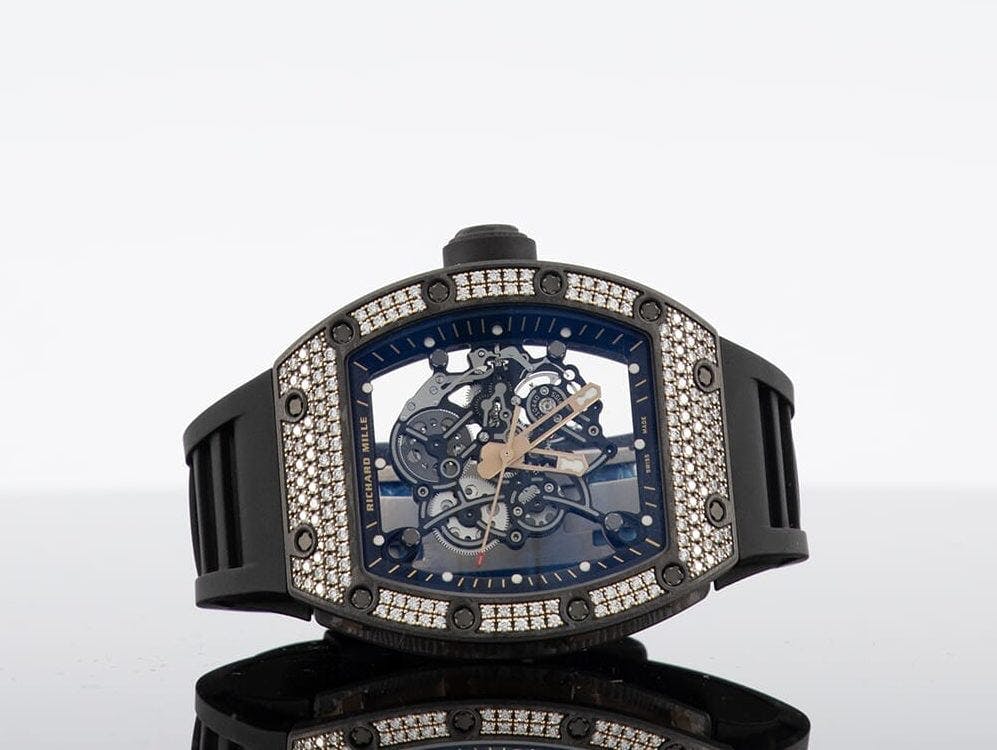 That being said, Richard Mille is far from the sole pioneer when it comes to modern skeleton watches. Other haute horlogeriebrands like Roger Dubuis, HYT, and Urwerk have also abandoned conventional dials in favor of lighter timepieces that put technical excellence front and center. At the end of the day, that’s what skeleton watches are all about. Instead of simply showing off a basic movement, these manufacturers work tirelessly to create entirely new designs and push conventional watchmaking to its limits.

The Cartier Santos is an undisputed industry icon. At SIHH 2019, Cartier surprised everyone with the Cartier Santos De Cartier Skeleton ADLC Noctambule. While skeletonized Santos models are nothing new, this Noctambule, or “night owl,” edition takes things a step further. Its case is fully coated in black ADLC (amorphous diamond-like carbon), and the hands and hour indices are filled with SuperLuminova. Sapphire crystal on the front and back show off the skeletonized movement from above and below. What seems like an understated watch during the day transforms into a magically glowing timepiece in the dark, proving the timeless nature of the Santos line. 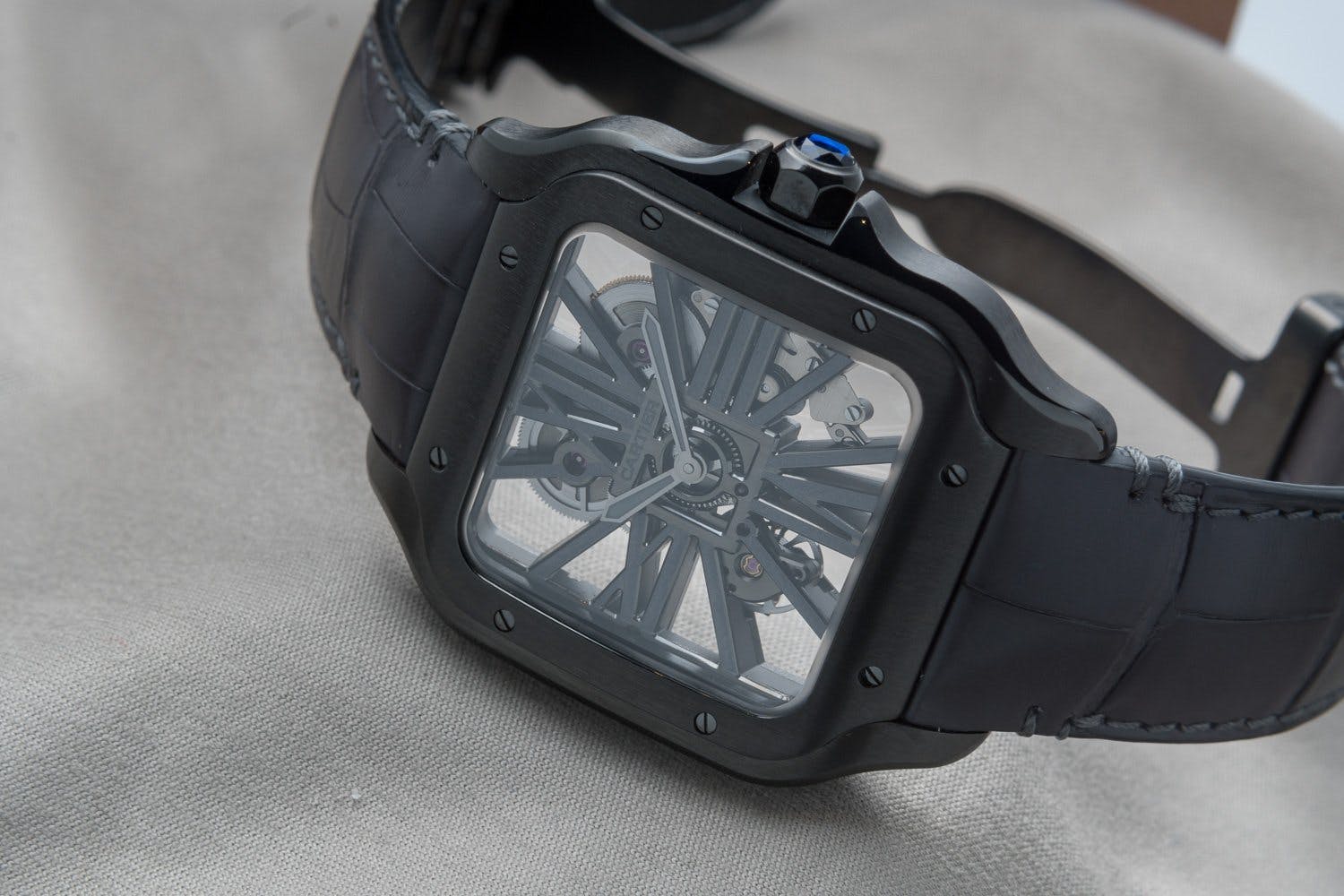 We would be remiss if we left Audemars Piguet off this list, as the brand is responsible for creating some of the most remarkable skeleton watches of all time. Royal Oak Concept watches combine cutting-edge technology and materials with fantastic designs to create true works of art. The Royal Oak Concept Tourbillon Chronograph Openworked Selfwinding features a sandblasted titanium case, black ceramic push-pieces, and a screw-down crown. The front and back are protected by sapphire glass, offering a view of this exquisite movement at work. Thanks to its materials, this watch is incredibly light. However, the open-worked movement is the true star of the show and demonstrates Audemars Piguet’s master craftsmanship. 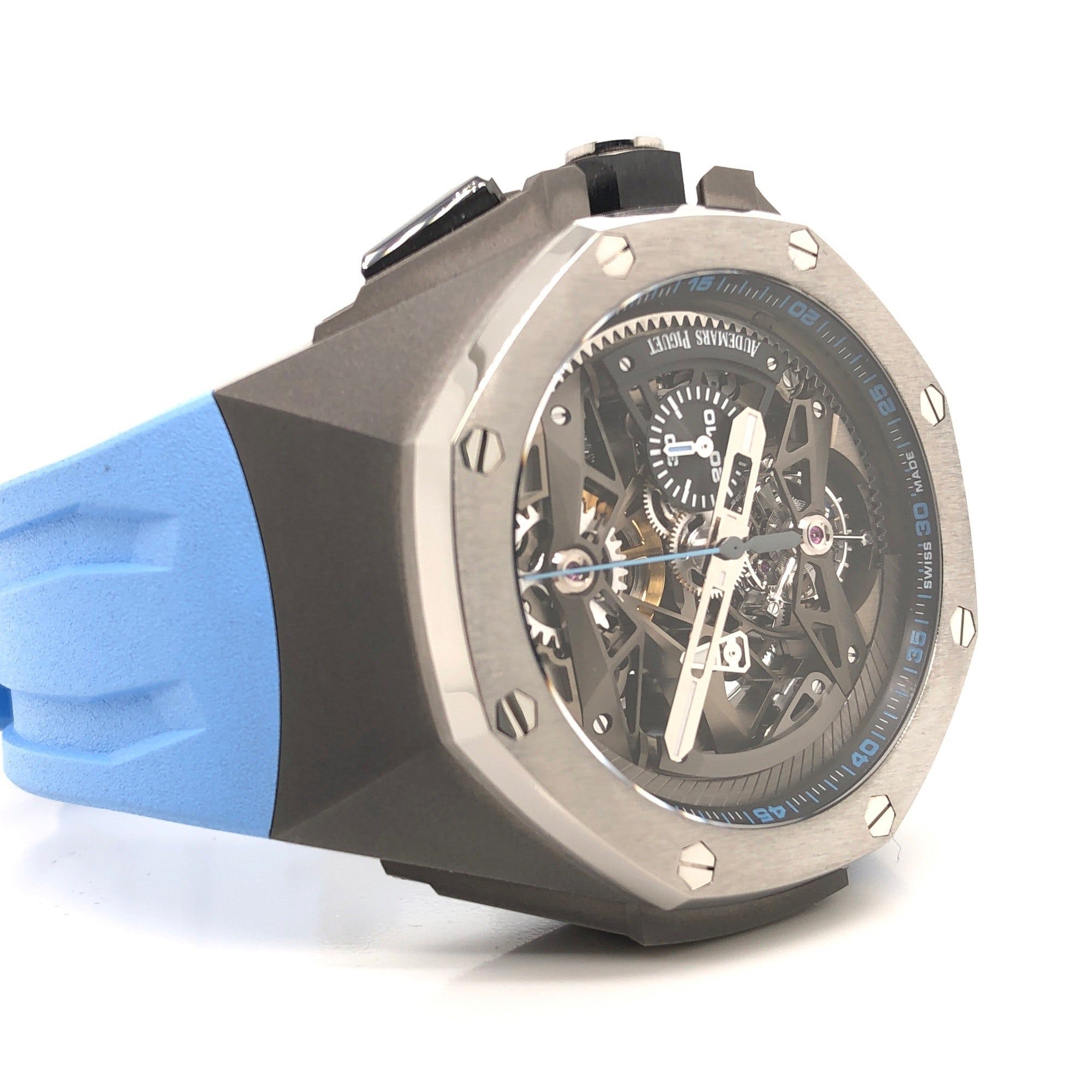 The Bvlgari Octo Finissimo has been a major success since its release in 2014. In the years since, Bvlgari has regularly introduced record-breaking versions that hold the titles of the thinnest tourbillon movement, thinnest automatic watch, thinnest minute repeater, and thinnest chronograph. At Baselworld 2019, they announced the Bvlgari Octo Finissimo Skeleton Ceramic. This is the first Octo Finissimo to be made of lightweight ceramic. It’s also this collection’s first watch to feature a skeletonized movement. The timepiece underscores the power of the Octo Finissimo’s design and Bvlgari’s incredible ambition. 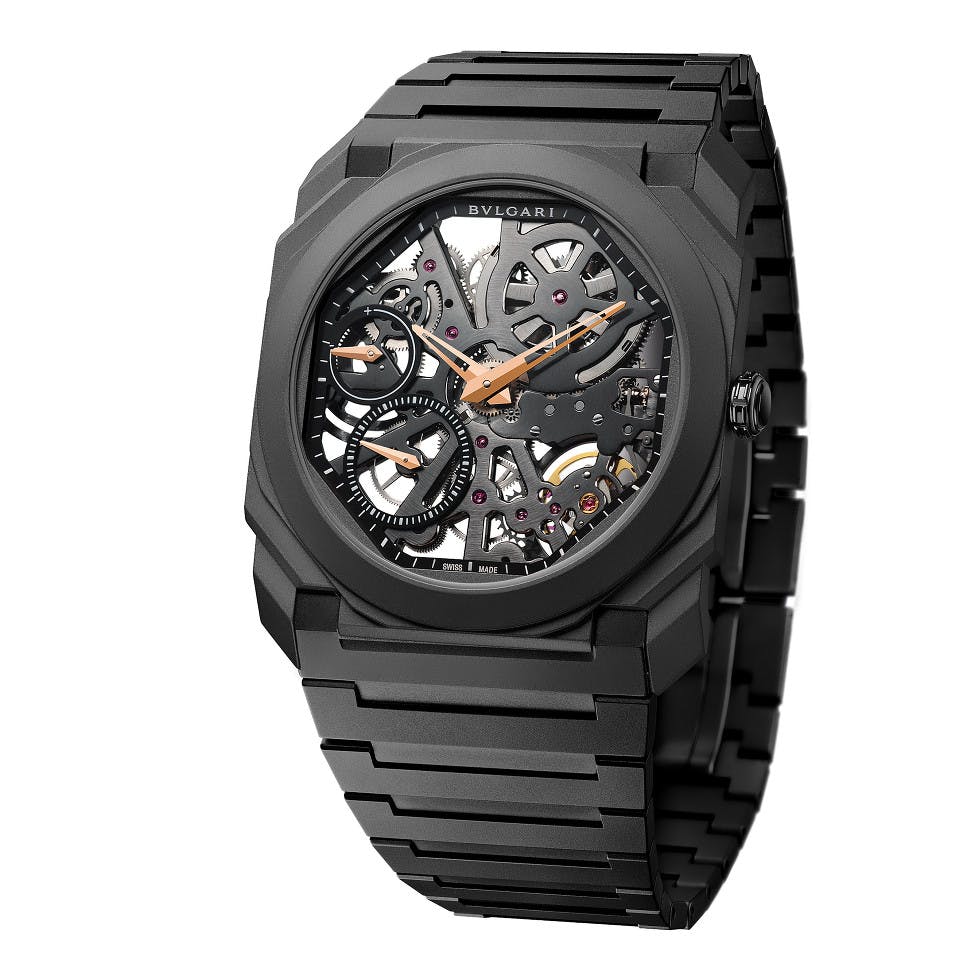 By Jorg Weppelink
Jan 07, 2020
View all articles
Next article

May 27, 2016 by
Christopher Beccan
View all articles

Editor’s Picks of the Week – Zenith, Hermès and Rolex

The Watches of Team Chrono24: Pascal

What trends, watches, and brands played an important role in 2018?